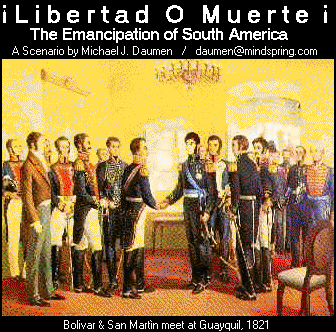 "Fear not the sword that comes to avenge you and to sever the ignoble ties with which your executioners have bound you to their own fate. You are hereby assured, with absolute impunity, of your honor, lives, and property. The single title, 'Americans,' shall be your safeguard and guarantee. Our arms have come to protect you, and they shall never be raised against a single one of you, our brothers."

The spirit of independence has set the New World aflame. Revolutions in the North American colonies and Haiti have already succeeded; now the Viceroyalties of South America yearn for liberty. They have seized upon Napoleon's coronation of his brother in Madrid to proclaim their freedom. But Spain assumes this will last only until Bonaparte is removed from the throne. If the Criollos resist further, will not Spain punish the impudence of its vassals of three centuries? Or will even greater heroes rise to check this greater threat?

George Washington's modesty kept him from receiving just about anything he could have asked the Continental Congress for -- land, money, even the title of king. To me his modesty in not asking for reward was far more important to the United States then his military ability. Within 25 years of the birth of the United States, South America was blessed with THREE such men. Whether Bolivar, San Martín, or O'Higgins were admirers of Washington is a controversial question, but it is certainly the case that their popularity and skill equaled if not exceeded their predecessor. Yet their rewards for victory against Spain brought them exile and pain.

After almost two centuries of independence South America is far poorer and more chaotic than the U.S. Many believe this is because Spanish culture and law were more authoritarian, less nourishing to the development of individual wealth and property than their English counterparts. And this is probably why the Unitarian ideals of Bolivar, O'Higgins and San Martín could not overcome the resistance of those in power. But perhaps it is justice for the cruel treatment of three noble souls who would sacrifice all for the freedom of their countrymen. 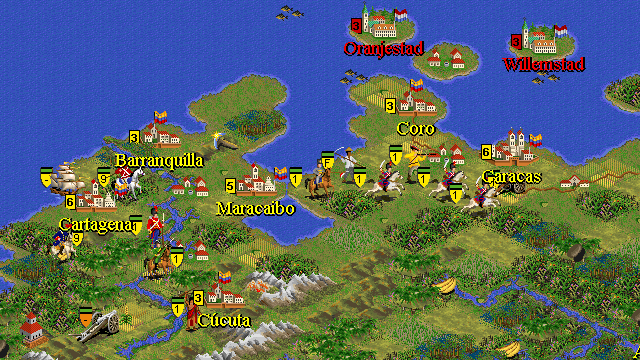 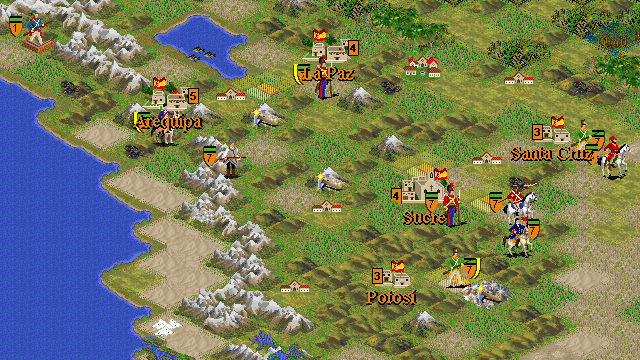