A scenario for Civilization II: Multiplayer Gold Edition by McMonkey.

The year is 281 BC. The fledgling Roman Republic faces a deadly threat as King Pyrrhus of Epirus and his mighty army land in the south of Italy. There will be other threats to Rome. The warlike Gauls of the north sacked Rome just over a century ago and still pose a threat. Across the Mediterranean sea lies the mighty mercantile city of Carthage. With its mighty fleet and mercenary armies Carthage is a potential enemy to watch very closely.

Designed primarily for multiplayer PBEM (play by e-mail) games. This is a multiplayer PBEM game for seven players. It will probably play as a single player game too but I am not sure how challenging the AI nations will be, could be fun to play as an empire builder on a rainy day! 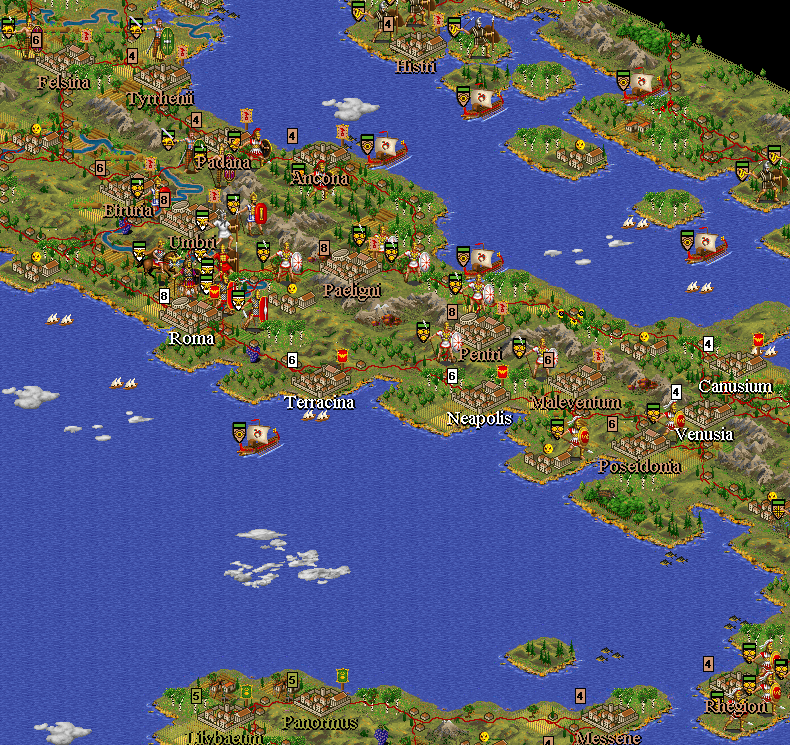