Bitterfrost IV - Age Of The Warrior

During the course of events in Bitterfrost III, I wondered what it would be like to show more of the Imperium world, and to make a scenario set where the Vorak Ninjettes and Kaneg Troopers came from. Well, here it is, the Zarklaw! A place filled with mayhem, warriors and the undead. This land is the home of the Zatarn, a race of horned blue beings that can be compared to the Vikings of Earth. A version of the Zatarn were used in the original Bitterfrost, but I rebooted their look and concept for this new scenario. The Zatarn, like the other races, are based upon ideas from a series of comics I am creating.

The action in Bitterfrost IV takes place at the same time as the events unfolding in the Jawbone. Bitterfrost IV takes place during the age of the Undead, where most of the world is under the rule of the evil Lich King, Rakhammer. Fortunately for the Zatarn, most of the fearsome Ancient Empire's forces are engaged in the Jawbone. Nonetheless, a major Undead force is tasked with conquering the Zarklaw. The immortal hordes facing the Zatarn are formidable in the extreme.

The Zarklaw is a donut-shaped landmass in the North of the Bitterfrost world. It has steppes and forests, with fertile land that run along many mineral-rich rivers. Great mountains and hills hide a wealth of ores and precious metals. Found in some rocky areas is Zeegun crystal, an element much prized by wizards and worth many times more than gold or gems. Zatarn society is currently ruled by King Herik of the Vodaani, although he actually only holds true sway over the Western regions.

The other third of the landmass is commanded by three rival Duchies under Herik's control. The Eastern part of the map is taken up by the Kaneg, Vorak and Shuuk realms. The Undead have already invaded the far North, South and West. If the Undead are not stopped soon, then they will gain enough power to perhaps overthrow the Zarklaw altogether.

A time of change is upon the Zarklaw, the Zatarn Duchies are ruled by three powerful Dukes, all of whom are determined to become the next King. And they may not merely wait for an invitation! The Kaneg, Vorak and Shuuk realms are also waiting in the wings. These foreign races all seek to expand their mighty empires and will not be shy about challenging the Zatarn for supremacy. A clash of cultures is almost a certainty.

The Zatarn are a proud people. They want a return to the power and glory of their legendary past. Too long have these heroic folk been humble, living as peasants and slaves to unfair fate.

It is time for a new dynasty, and high time for exacting thunderous revenge on the hated Undead.

The Age of The Warrior is dawning, and with it, a promise of hope for the Bitterfrost world...

Players are advised to keep swords sharp and ready.

Object of the Scenario

•Everyone has an agenda. Your mission depends on what faction you choose to play.

•The Vodaan Zatarn are used to being in charge, and while they may have delegated some status to the three Duchies, King Herik is not about to outsource his powerbase. Herik is old and (as some say) senile. He has cut off contact with everyone, and resides in his island city.

•The Zatarn Duchies are ruled by bold young warlords, all striving to become the new royalty. Each Duke wishes to be a King, the absolute ruler of the Zarklaw. To begin the campaign for the throne of Vodaanhalla, a Duke must gain the Secession tech to rebel against Herik.

•The Vorak seek to expand and grow, their potent army and strong people stand ready to fight and struggle for a new and greater Vorak Empire. War may be essential to settle claims for land and resources. The Vorak believe they have the right to take what they win in battle.

•The Kaneg are arrogant, powerful and they know it. They have the technical edge over the other factions, and have an irrational hatred for the Shuuk lizards and their allies. The Kaneg seek total supremacy, but that can wait until the Eastern Murkland has been cleared of all reptiles.

•The Shuuk are timid, unassuming lizards, so often misunderstood or even tolerated by other races. Khaarov colonists have joined with the Shuuk in the Murklands, in order to teach them civilisation. With time and persistence, the Murklanders hope to gain respect and their place in the Zarklaw...

•The Undead are the barbarian faction, and as such are merely to destroy all mortals without mercy. They have a mission to conquer the Zarklaw, and nothing will get in the way of that. No diplomacy, no spies, only battle and bloodshed. Prepare for war, as there will be no quarter given. 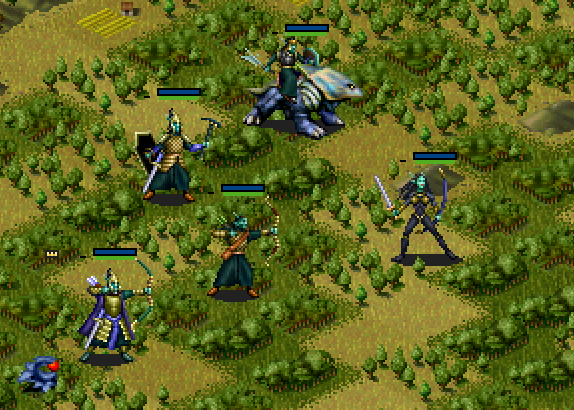 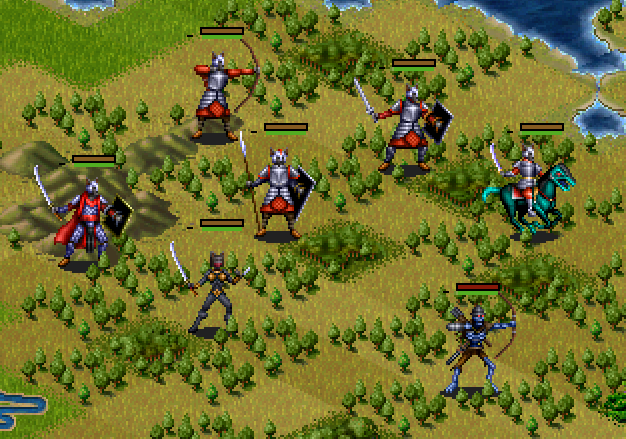 Vorak troops boldly follow their lords in search of glory. 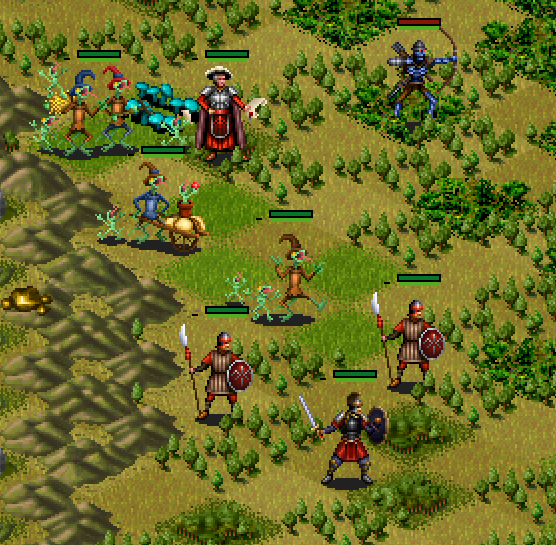 The Shuuk and their Khaarov protectors sneak past an undead patrol. 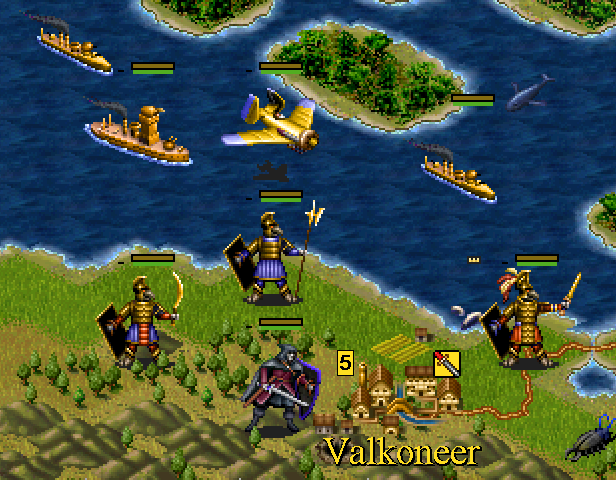 The Kaneg use a Stavark assassin to help escort the fleet.

Install into a 'Bitterfrost IV' folder in your ToT main folder:

Install into a 'Sound' folder in your Bitterfrost IV scenario folder:

A full Bitterfrost IV readme will be posted here soon!