A scenario for Civilization II: Multiplayer Gold Edition by Jamestout.

It is 1650. Since the mid 15th century, European nations have been discovering, conquering and settling new lands. The Portuguese led the way, with the explorer Bartolomeu Dias rounding the Cape of Good Hope, presaging Vasco da Gama's voyage to India in 1498. The Portuguese founded a number of outposts along the coast of Africa to facilitate their journeys to and from the East. At the same time, their Spanish rivals financed the Genoese explorer Christopher Columbus to find a western route to China and Japan. In 1492 Columbus landed in what he thought was India - the island of Hispaniola. From their base in the Caribbean, Spanish conquistadors launched missions of exploration and conquest onto the American mainland, conquering the Aztec and Inca empires in 1519 and 1533 respectively, mostly by exploiting internal differences. In 1522 the Spaniard Ferdinand Magellan became the first person to circumnavigate the globe.

But northern European nations were not far behind their southern counterparts. By the end of the 16th century French and English reconnaissance missions had prepared the way for more concerted settlement efforts in the early 17th century. The first permanent English settlement was founded at Jamestown, Virginia, in 1607, followed by a French settlement at Quebec in 1608, and a Dutch colony on Manhattan island - New Amsterdam - in 1626.

On mainland Europe, the centre of the continent was still dominated, in theory, by the morose Holy Roman Empire, divided between a multitude of independent princes, all owing notional allegiance to the Habsburg Emperor. Further east, the rulers of Muscovy, had, by the start of the 17th century, welded the princedom of Russia into a coherent nation, and began the conquest of the Tatar khanates to the east. By 1650, Russian traders and explorers had reached the borders of China, with settlers following.

In the Americas, the Spanish vice-royalties of New Spain and Peru straddled the Americas, although the decimation of native populations left them sparsely peopled. also by 1650, a number of European trading bases had been founded in East Asia, with the Dutch leading the way with territorial acquisition in Ceylon and the East Indies. The next three centuries would see European empires cover most of the globe, and influence the rest. 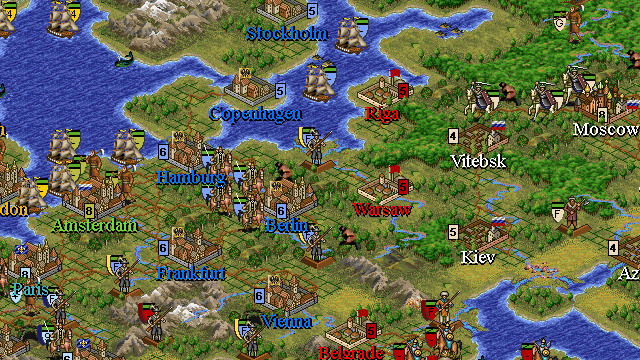 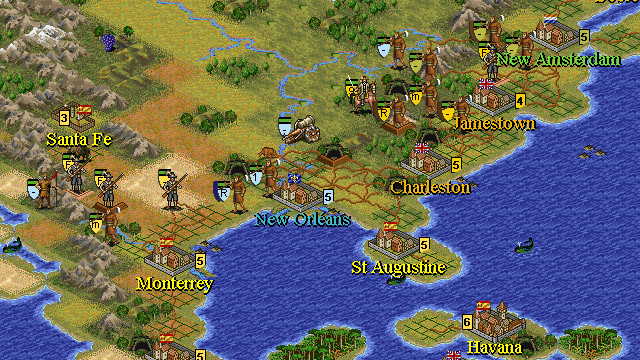