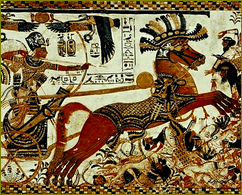 I perhaps wont do any Testgaming, just no Time, and so, i cannot upload.

If somebody would be interested in being a Testplayer, write to nicheal@freenet.de, thnx!

When you dont have support, friends, or other fanatics, the whole circus grows obsolete.

So take my scenario and do what you want! It was a huge effort, and at least, looks good. Bye.