The Seven Years War is considered by some historians to be the first real 'world war'. Fighting centered in Europe, where the Prussians held off the combined forces of Austria, Russia, France, Sweden and the Holy Roman Empire. Britain provided subsidies to Prussia and fielded an army based in Hannover. Overseas, there was fighting in North America, the Caribbean and India. Britain took advantage of the European war to pick off the colonies of its enemies, a tried and true strategy that continued right up to WW I. The scenario focuses on the campaigns of the Prussian army and its commander, Frederick the Great, in central Europe. There are seven (of course!) campaign seasons in which Prussia must face offensives of steadily increasing power from its opponents. If the Prussian player can hang on, they may be able to make peace with each of their enemies in turn, and win the game.

Frederick the Great is a scenario for Test of Time, the ultimate version of Civilization 2. It can not be played on other versions of Civilization. It's designed to be played as a single player game. Play only as the Prussians. Each turn is one month, starting in July 1756. It lasts a maximum of 89 turns, although it may end sooner if you have established treaties with Austria, France and Russia. Good luck, Fritz! 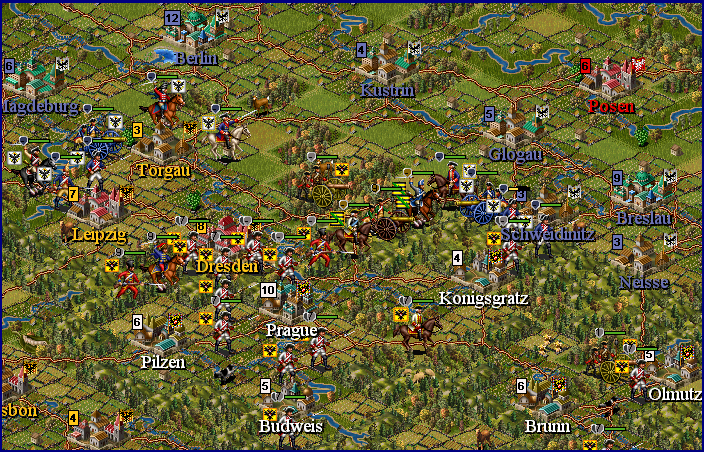