One Ring to bring them all and in the darkness bind them... inscription on the One Ring

It has been 3000 years since the War of the Last Alliance of Men and Elves. The Dark Lord Sauron was thwarted but even in victory, the strength of men failed. For Isildur, the King of Gondor, refused to destroy the One Ring and the essence of Sauron survived within the Ring even in defeat. The Ring was thought to have been lost, but it has now resurfaced and Sauron is returning.

With most of the Elves having departed for the Undying Lands, the burden of defeating the Forces of Darkness now lies on the shoulders of Men. Their survival hinges on the destruction of the Ring in the fires of Mount Doom. This task has been entrusted to Frodo Baggins, a hobbit who is able to resist the corrupting power of the Ring. If the servants of the Dark Lord Sauron retrieve the Ring, then all is lost.

To buy time for the Ring Bearer to accomplish his mission, the resolve of Men to resist Evil must be strengthed. This task falls to Istari wizard Gandalf. Fortunately, Gandalf has at his disposal Aragon, Chieftan of the Dunedain and last in the line of Kings. Together, they must rally the fragmented forces of men under Aragon's banner and hold the Shadow Armies at bay for as long as the One Ring remains at large.

Those acquainted with Kobayashi's work will easily discern the parallels between this scenario and his earlier Dominion War although in this scenario, the timeline has been cleverly intertwined into the research choices of both the player and AI races. This has introduced an element of variability not found in a time index type event script. The scenario starts midway in Book I of the Lord of the Rings just as the Fellowship enters the Mines of Moria and continues on to the destruction of the One Ring in Book VI.

Lord of the One Ring stays true to the sequence of pivitol moments written into the triology, be they localized events like the appearance of Treebeard or epic battles like the Battle of Pelennor Fields. Tolkien enthusiasts will find little to complain about. In a sense, this work is a balanced blending of Harlan Thompson's earlier LOTR scenario which focused on the battle for Middle Earth and Favoured Flight's LOTR series which concentrated on the quest to destroy the Ring. Players who are less familiar with the Lord of the Rings will not find themselves in any way disadvantaged. Description entries for all research items and each wonder of Middle Earth have been created and event messages together with the tech tree will guide the way.

There are two ways to destroy the Ring so the scenario can be played twice. The first option is the canon way, directing Frodo and Sam with the Ring through Cirith Ungol and across Mordor to Mount Doom on a sub-map. The other approach is more direct, building up a huge army and storming through the Black Gate while escourting a hobbit to Mount Doom on the main map. 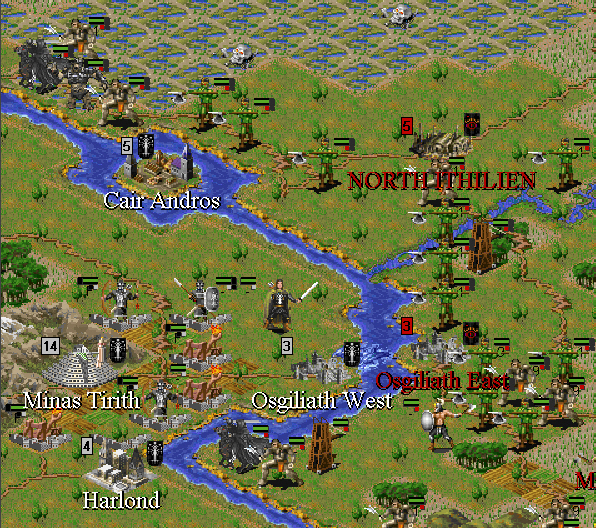 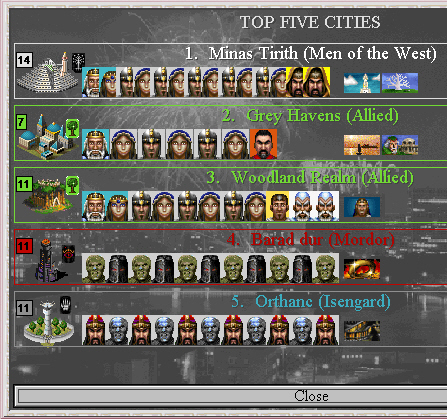 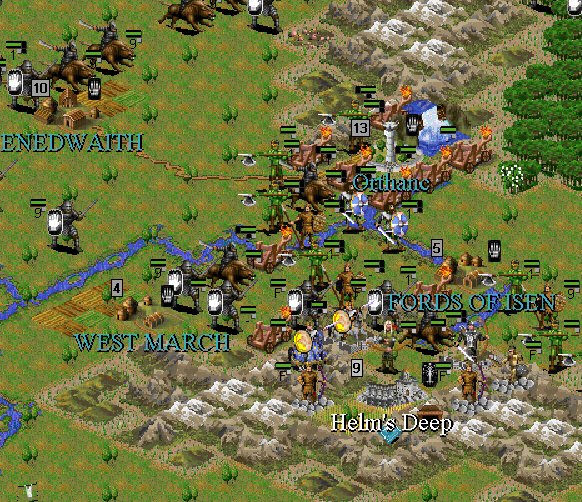 version 1.1 (if you have version 1.0, the sound files are identical)