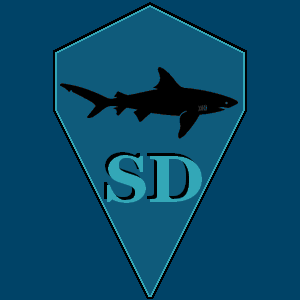 RUMOR UNDER THE SURFACE

OF SHADOWS AND BLUE!

AND DEPTH, AND DARKNESS, FACE

THE DEPTH, AND DARKNESS, TO

SUCCEED, TO DIE, TO

YOUR ENEMIES OF SHADOWS, BLUE,

IN THE WARS OF BLOOD,

OF DEATH AND FLOW.

Commander. After gaining Control over the entire Region by the SubForce,

everything seemed fine. All dirty Habitats underwater destroyed, all dirty

System of DeepSea Structures and Connection Points, to build up a whole

new Empire of Mankind... and finally got a High Commander, a true Emperor.

Now there are SFD Commanders, and the SFS (SubForceSeacracy) High Commander,

a true Autarch of the Deep Sea, ignoring any Mandates of the Terran Union.

That cannot be tolerated anymore. The Terran Union declared the SFS for illegal,

outlawed Terrorism and Piracy, and the High Commander for an illegitimate Despot.

PROBLEM: How to defeat a Seacracy, totally out of Range, out of usual Business?

YOU are the new Force in the Deep Sea, the new Rebellion, to defeat the SFS,

to remove the High Commander, to do anything, to defeat that Outlaw SubEmpire.

The 7 Factions, all playable, are:

I wanted to play another Civ2 Scenario, and found that most amazing

sweet little Masterpiece of Atmosphere and Adventure, but it had

some Lacks. Really too cute and small, and i decided to do a Sequel

from the Scratch, more or less. Now, i congratulate myself for that Idea,

and dont think to have to apologise for that, most successful Work.

The Scenario League Wiki had a Blacklist Entry for ".Luxe." and i had to

create this Page as SubWar only. But it definitely is called SubWar Deluxe.

including all Sound, READMEs, Skin, just everything