The Golden Age of the Netherlands - The End of Pax Hispanica 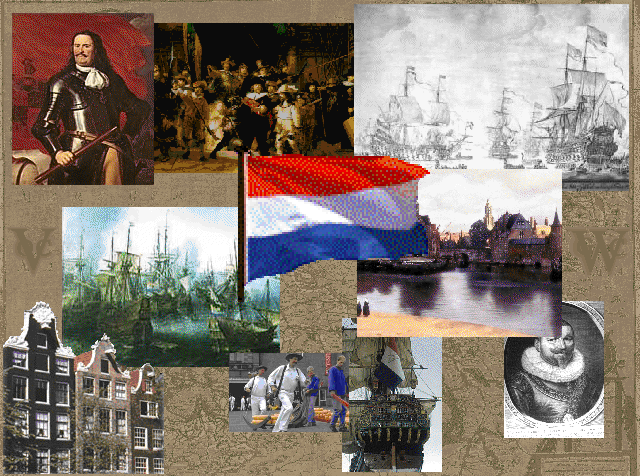 "With the war of Flanders we have little to win and much to lose. Therefore, we will present a good fight so we can later obtain a truce in the most favorable conditions"

A bloody struggle for freedom has started in the Spanish Low Lands. It all started with Religion. After a small rebellion about religion, the Duke of Alba was sent to the Netherlands, arriving one year after the end of the rebellion and executing some 1100 Protestants. After this act of cruelty, the Low Lands divided into two parties; the Union of Artois in the South, pro-Spanish and the Union of Utrecht, most of modern-day Holland and Belgium, which was anti-Spanish. William of Orange raised an army and attacked from Germany. After being initially beaten back, the Dutch finally capture Den Briel in 1573. Success would now be on the Dutch side and the city of Leiden is relieved after a long siege. In 1584 however, William of Orange is assassinated by a fanatic Catholic, and the next year, the Low Lands' biggest city, Antwerpen, is captured by the Spanish.

The year is now 1589. Prince Maurits has just become Stadtholder. You take his place, or you can choose to play as another player, but whoever you rule, prepare for a long and bloody struggle to keep your nation alive and independent. 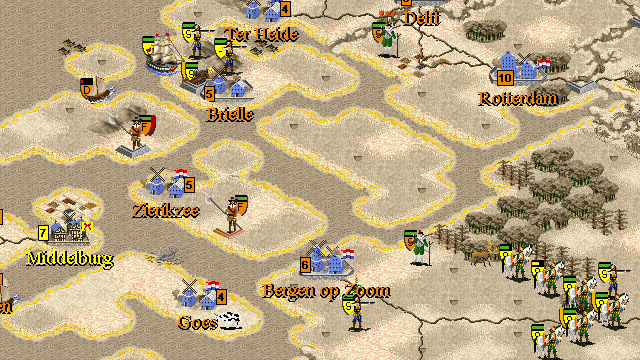 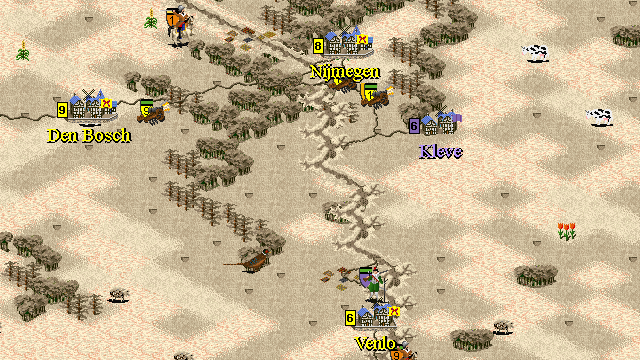