***THIS NEEDS TO BE SPLIT BETWEEN ORIGINAL AND MODIFIED*** - HT

Yugoslavia burst because of rival nationalism's which entails wars in Croatia Bosnia and Kosovo.

The main version of this scenario is the French version so their are many names in French ,City names for instance

In the reality, although Kosovo is a self-governing region it takes part of Serbia Republic. In order to describe the war in Kosovo, it is independent in this scenario. On the other hand, Montenegro (in the scenario it is the area owned by Serbs near the sea) is a republic of the federal state. As I was limited to 7 civilizations, I decided to incorporate it to Serbia because is has been a satellite of the most powerful republic of Yugoslavia.

Serbia (and the Monténégro but without Kosovo), the biggest Yugoslavian republic has got the weapons of the federal army. It desires to gather all the Serbs who are in Croatia, in Bosnia, in Kosovo and also in the north of Macedonia. It must be careful about not irritating N.A.T.O. which could punish it. Its government is nationalist (tantamount to Fundamentalism).

Croatia, second biggest republic, must assure its independence and defeat Serbs attacks. Moreover Croatians want to take some territories controlled by Bosnia in the region of Mostar. They are allied with Slovenia. Their government is nationalist (tantamount to Fundamentalism).

by Hertzegovinaul neighbourpluriethnique Croatia. It must try to preserve the maximum of its territories, N.A.T.O. could give help if slaughters done by Serbs are too much. It has a moderate nationalist government (tantamount to monarchy).

Macedonia is a quite poor region. It has to keep alive between its neighbours who don't appreciate it much (Serbia, Albania, Bulgaria, Greece). It must evit a conflict against Serbs at any price an try to improve its evit economy. Its government is a republic.

Kosovo is the poorest region of Yugoslavia. Populated with a majorKosovo Albanians, there is also an important minority of Serbs and is an important historic place for Serbia. Many Kosovars want to join Albania first step the create the "Great AlbKosovarsich claims territories in Macedonia and Montenegro. However its army is very bad equiped but could be helped by N.A.T.O.

N.A.T.O. would like toequipedve peace thanks to diplomacy first (with the help of U.N) and if that's not enough thanks to bombings against Serbs or even a terrestrial operation. The cities on the map have no production. So in the beginning N.A.T.O. haven't got a strong influence. Its cities are unconquerable. Its government is democratic. 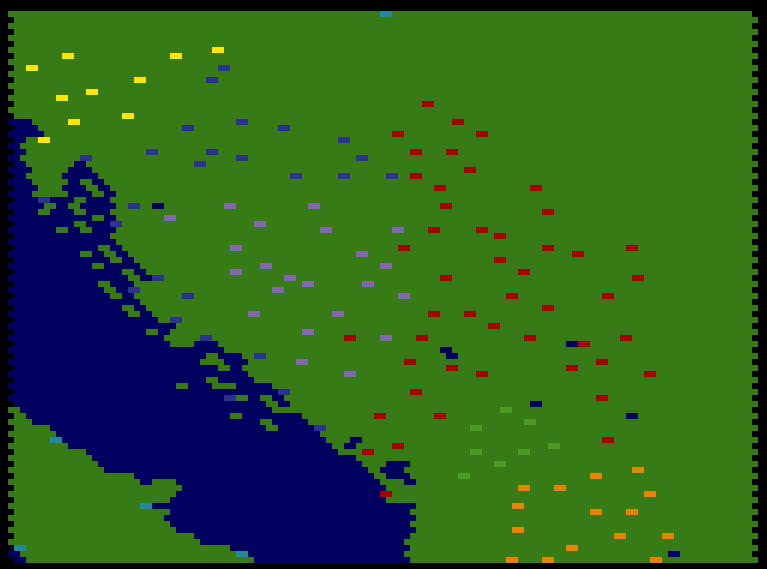 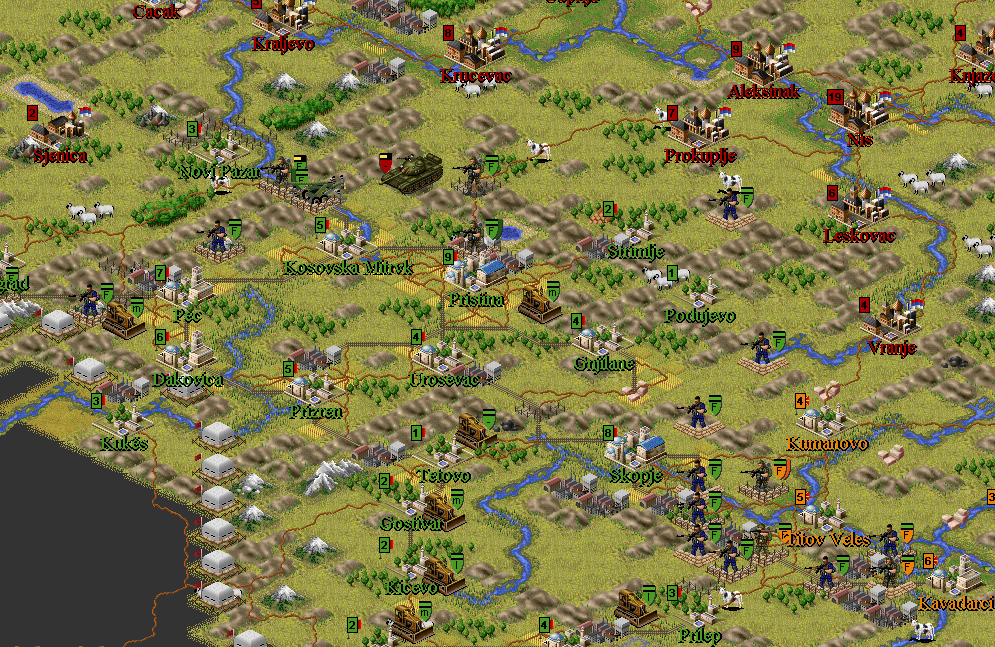