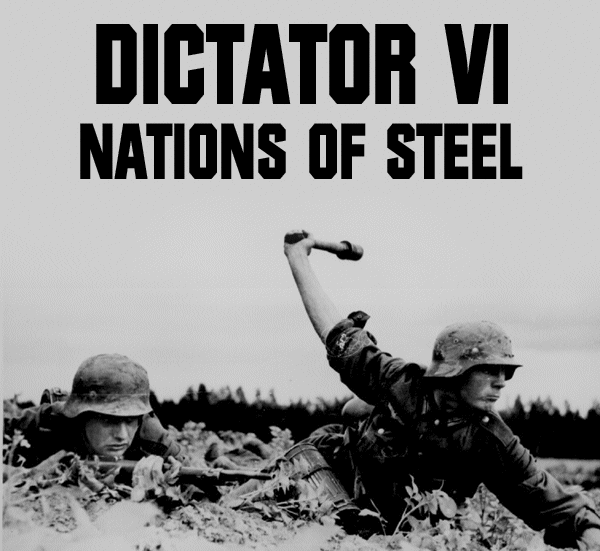 How long before war consumes the entire world?

The Axis powers are poised to dominate the planet.

Only the UK, Russia and America can hope to stop them.

Take control and lead the Allies or Axis to victory.

The fate of this warring world is now in your hands.

War rages on the Eastern Front.

American forces muster in the homeland.

Here is what to do in order to make DICTATOR6 work on your PC. Make sure you have the Test Of Time 1.1 patch! Make sure your have the ‘No Limits Add-On’ Back up all important files in your CIV2-ToT folder! Create a 'DICTATOR6' folder in your CIV2 'Test Of Time' game directory. Then copy into it the contents of the following zip...

Sounds: In your Dictator6 folder, make a new 'Sound' folder. Then copy into it the contents of these following zips...

Unzip the readme into your Dictator6 folder: Readme