Roman Civil Wars is a scenario for Civilization 2 - Test of Time. It covers the War of the First Triumvirate, through the War between the Second Triumvirate and the Assassins, and the ensuing civil war between Octavian and Antony. It ends in 27 BCE at the time of Octavian's victory and coronation as Emperor Augustus.

For the purpose of handicapping more experienced players in a multiplayer game, or for a greater challenge in a single player game, the Syrian Legions and the Cisalpine Legions are the most difficult to play. The Spanish Legions, the Gauls, and the Egyptians are intermediate, and the Roman Senate and the Parthians are the easiest. The game lasts from December 55 BCE to December 27 BCE (164 turns). Good luck, citizen! 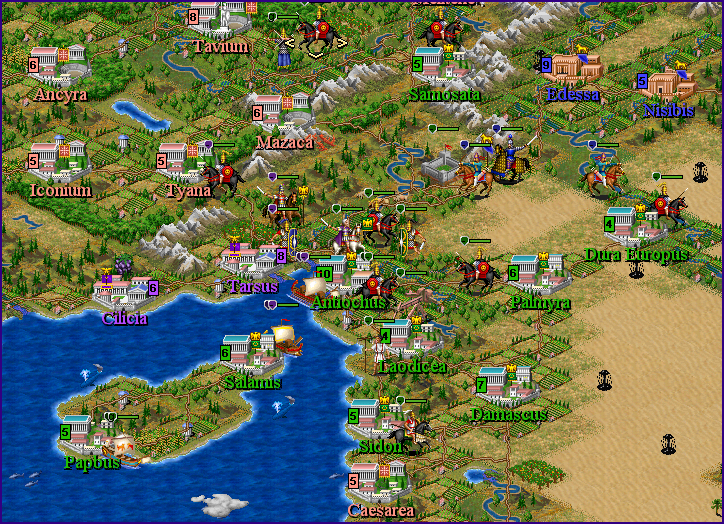