Set during the turbulent warlord period that followed the revolution of 1911 that overthrew the Manchu Dynasty, Warlords of China represents the struggle of military factions that battled the Chinese Nationalists, the Communists, the Kwantung Army, and each other. Eventually the Nationalists prevailed, and turned on their communist allies. Fearing a united China, the Japanese militarists stepped up their aggression, eventually gaining control of all of Manchuria. The warlord period (and the game) ends with the all-out invasion of China by the Japanese in July 1937.

Chinese warlords made extensive purchases of foreign military equipment, paid for by crushing taxes on peasants and local merchants. By being the first to research a specific technology, a civilization receives one or more units of a given type. These can be tanks, aircraft or gunboats from Britain, France, the United States, the Soviet Union, Germany or Italy. White Russian mercenaries, including armoured trains, can also be researched. Because the Nationalists have a Republican government, their higher research rate gives them an advantage, making it a little easier to win.

The scenario is designed to be played as the Kuomintang Nationalists or one of the four main Warlord factions. The Communists and the Kwantung Army are also playable, but their scope is far more limited. Other warlord factions, Mongol raiders, bandits and pirates are represented by Barbarian units. Warlords of China is suitable for either single player or multiplayer games. I hope you enjoy it! 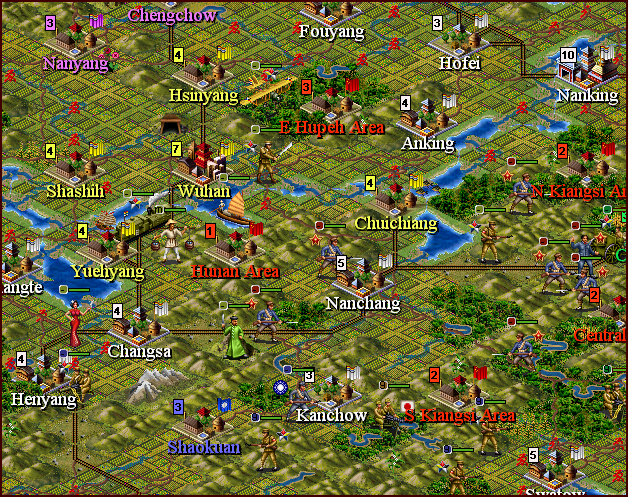