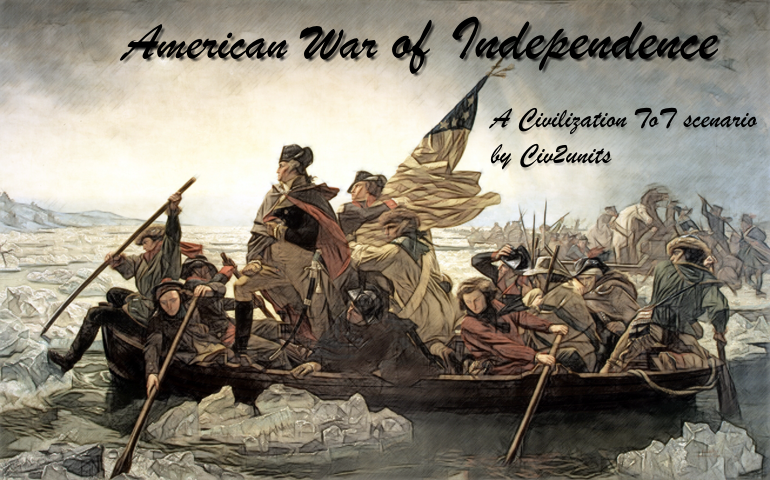 The American Revolutionary War (1775-1783), also known as the American War of Independence, was a conflict between Great Britain and its Thirteen Colonies which declared indepedence as the United States of America.

It´s now on you, deside on which side you would like to play. Fight for freedom or try to resurrect royal tyranny.

Battle at Lexington and Concord

I´ve changed some of the ingame graphics to make them more accurate to the colonial era of the late 18th century. Just copy the files into you main Civ2 ToT folder.

Before replacing the *.dll files, make sure that you have made backups of the original files.

I would like to say "Thank you" to all members of the Civfanatics Scenario League (former Apolyton Scneario League) who helped me to design and realizing this scenario. Without your help I never had realized this scenario. Also many thanks to the playtesters (McMonkey (latest version), AGRICOLA, Tuttle757, EZRhino, McMonkey, GhostofDisco and Patine (the former version).

Thanks to Catfish, AGRICOLA and Techumseh who helped me with the event structure.

Graphics are made by Fairline (Units), Curt Sibling (Cities, Icons, People) and Catfish (Terrain). Some graphics are altered by myself.

The map is made by McMonkey

If I missed someone here please let me know and I will add him as soon as possible here.