A scenario for Civilization II: Fantastic Worlds by Gabriele Quaglia.

The ancient realm of Arnor has split into three kingdoms: Arthedain, still ruled by the legitimate dynasty, Rhudaur, now ruled by the Hillman Broggha, and Cardolan, divided by civil war into petty princedoms. The Great Plague of 1636 has further weakened the three kingdoms, leaving many people in famine and disgrace. In the North, the Witch-King of Angmar directs his minions, planning the ruin of the whole Eriador.

This scenario is set in Middle-Earth, in Third Age 1640, at the time of the war between Angmar and Arthedain. After the Norther Dùnadan kingdom of Arnor was split into three domains, the Dùnedain divided. Arthedain was the strongest kingdom, were the Numenorean tradition was still alive. At this time Argeleb II ruled his people, guiding it against the Angmarean forces. Cardolan lay in southern Eriador. After T.A. 1409, when the last King was killed in battle against Angmar, the kingdom was divided into independent princedoms, ruled by the Hiri, while the capital of Tharbad organized under the rule of the Canotar, emissary of Gondor, and the Guilds, that held the real power in the city. Rhudaur fell under the Shadow, and as the last Dùnadan lords survived in the Angle, the Hillmen took the power, supported by Angmar. The Dwarves prospered in their cities of Khazad-dûm, and in the Ered Luin, and the Elves in Lindon, Rivendell and Northern Mirkwood. Angmar worked in the North, preparing the ruin of the Eriadorian kingdoms. 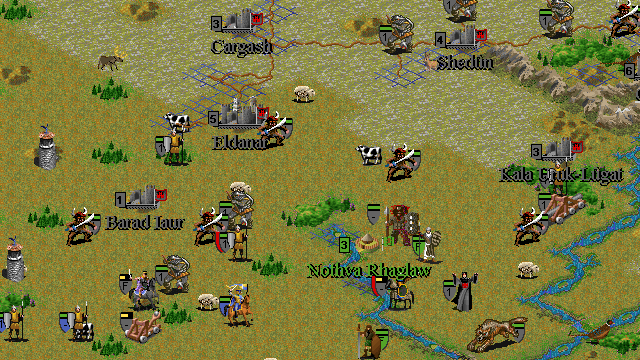 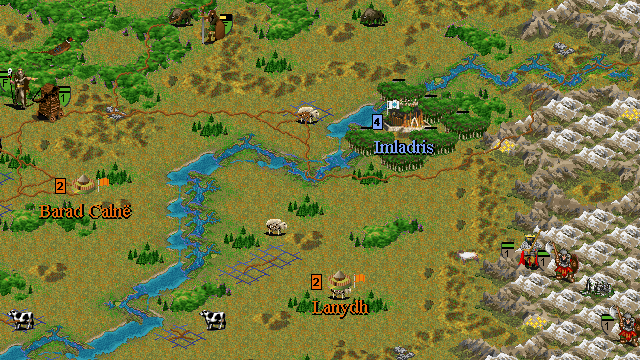