A scenario for Civilization II: Multiplayer Gold Edition by Prometeus.

See your lilied flags are flapping,

And your Marshall is caught napping

Again and yet again,

Though the third of us are slain,

Though Sieur Villeroy is taken,

And the lilied flags are shaken,

Till our tardy comrades waken

We keep the town.

After more than 100 years of European domination and about 50 years of decadence, the Spanish Habsburgs had finally fallen. When King Charles II died without heirs, European powers got ready to fight for the remainder of the still huge Empire. France would fight against England and Austria in Europe, but the Spanish colonies of America were very tempting for every colonial power... 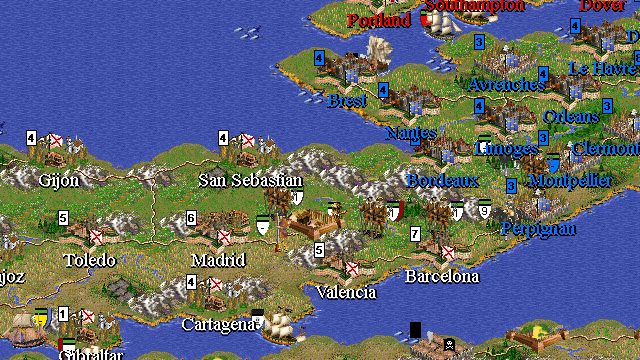 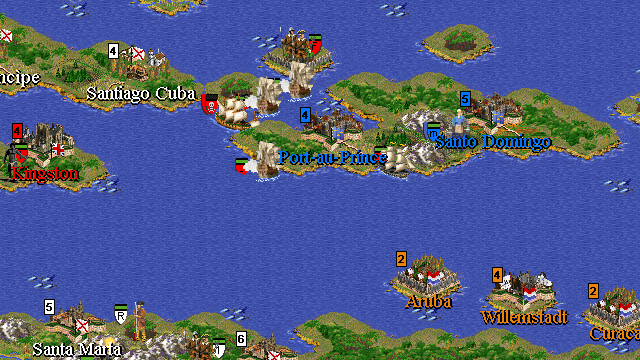