Colonies III - The Struggle for Empire 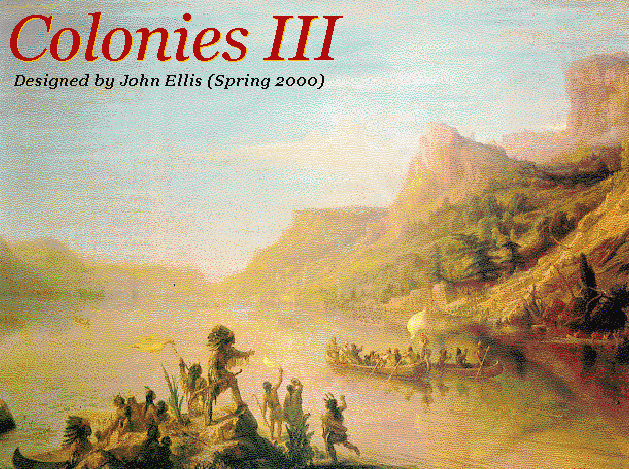 A scenario for Civilization II: Fantastic Worlds by John Ellis.

The struggle of Reformation and Counter-Reformation known as the Thirty Years' War has ended. The consolidated Monarchies of Europe - and the Dutch Republic, newly independent from Spain - turn once more to the business of Empire. Expansion into the vast spaces of the Americas is the goal. How will the Native peoples cope?

Colonies III is a development of Colonies II and, to a lesser extent, Colonies I. Unlike Colonies II, it requires The Fantastic Worlds Add-on for CivII, not just the Conflicts in Civilization add-on, due to the number of extra units, events and techs used.

Because I have always enjoyed playing Colonies II - but was irritated by the many small bugs and imbalances I created at the same time, I resolved to do a few improvements. Those "few improvements" have developed the scenario to such an extent I thought that it was worth a full scenario release.

I direct totally new players to the notes on Colonies II to get the general flavour. I highlight here those areas that have clearly changed, plus a few play notes, as the game balance has changed somewhat.

One big change is the scoring. Objectives are out - classic Civ scoring is in. The best way to get lots of points is to expand, and that means America. The computer realises this too, especially if playing the Spanish or the English. Really, there is no single winner in this sort of game. The challenge is to improve your position relatively, given your initial starting strengths and weaknesses. It is not only a valid option to be "civilised", it might be your best strategy - at least most of the time. 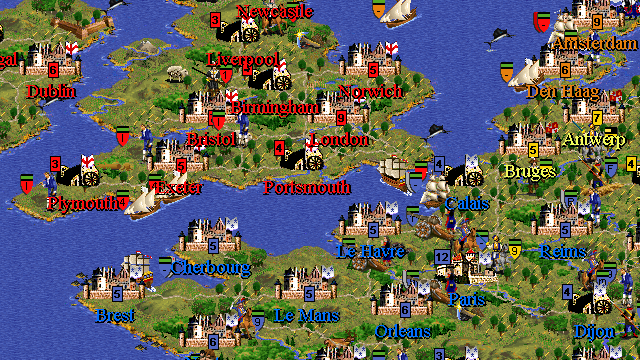 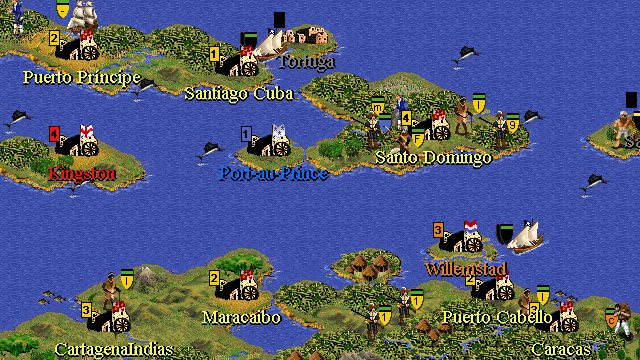