Colonies II - The Struggle for Empire 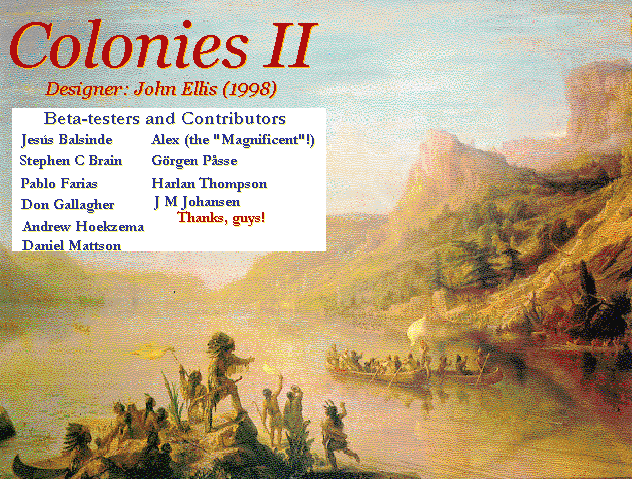 "...Be careful how you quarrel with the English. Although you may do them much harm, yet assuredly you will all be destroyed and rooted off the earth if you do."

The struggle of Reformation and Counter-Reformation known as the Thirty Years' War has ended. The consolidated Monarchies of Europe - and the Dutch Republic, newly independent from Spain - turn once more to the business of Empire. Expansion into the vast spaces of the Americas is the goal. How will the Native peoples cope?

The scenario is set in the period AD 1660 to AD 1800. Version I started in AD 1492, with Columbus' (re)discovery of America, but I found that the computer tended to ignore America until the endgame, and concentrate on the European and African theatres. This is not what I had in mind, so: 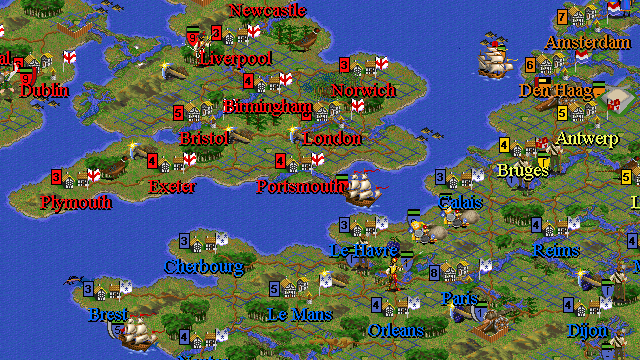 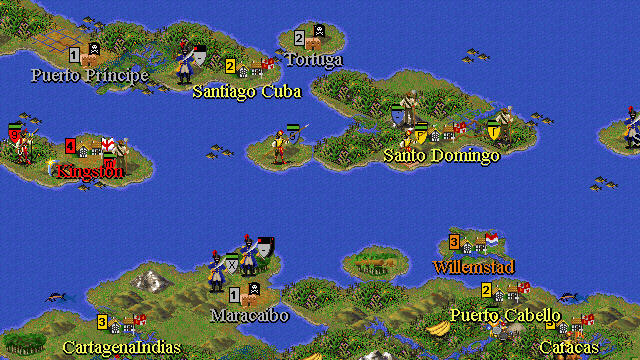