Panzer Battles on the River Chir

This is a scenario quite unlike the others that I have constructed. In this scenario, I have attempted to recreate the "operational" level of combat, the maneuvering of large units smaller than the divisional scale. The units represent batteries, battalions, regiments, brigades, and kampfgruppen. Many aspects of the scenario have thus been either simplified or eliminated. There is no tech research, per se. There is no trade, improvement, city building, or diplomacy. There are no air or sea units. The terrain is homogenous, thanks mainly to the winter character of the Ukraine. There is no pollution or production. There is only the need to fight and win against the enemy. The scenario only lasts for 25 turns, with each turn being a single day--through the end of December, 1942. Each square is roughly 10 miles area. This scenario is intended for dueling, two human players, or to be played as the German commander if solo. The victory conditions are simple; For the Germans, prevent ANY bridgeheads across the Chir river. A single Russian unit thus counts as a bridgehead if it is OVER the river--not on a river square, but across the other side. If a single Russian unit is across the river at the end of turn 25, the Russians win. If the Germans can prevent this, they win. 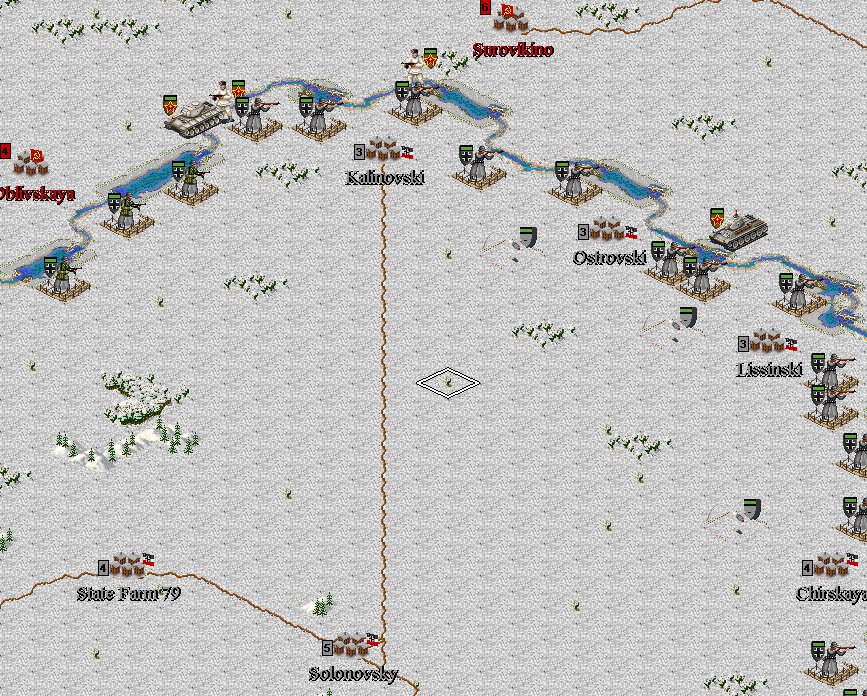