A scenario for Civilization II: Fantastic Worlds by Captain Nemo.

Second Front is a scenario about the Normandy invasion in World War II and the ensuing battle (June 6, 1944- August 22, 1944). It is played mostly on a tactical scale. The map represents only Normandy and Southern England and is a large size map, so the scale is approx. 1 mile per square.

The time frame is also expansive, most of the scenario being played in 1-Day turns except for D-Day itself, which takes 10 turns to complete.

The game engine is Civ2, Fantastic Worlds version. A version playable in MPGE is also offered, however there are playability issues in MPGE as the game must be played in "Hot-seat" mode and AI moves are not shown on screen. In FW this mode is not necessary since the human player can have control of multiple Civilizations in a "normal" game. 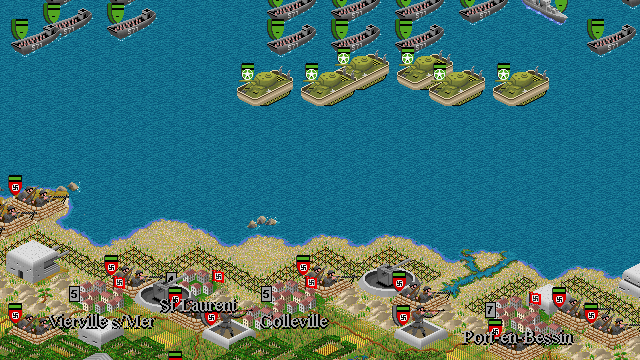 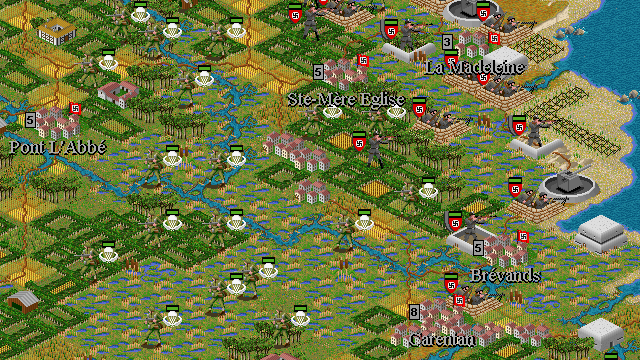 Sound Files (Missing. Perhaps the same for both versions.)