The Age of Philip II - The Time of Thunder 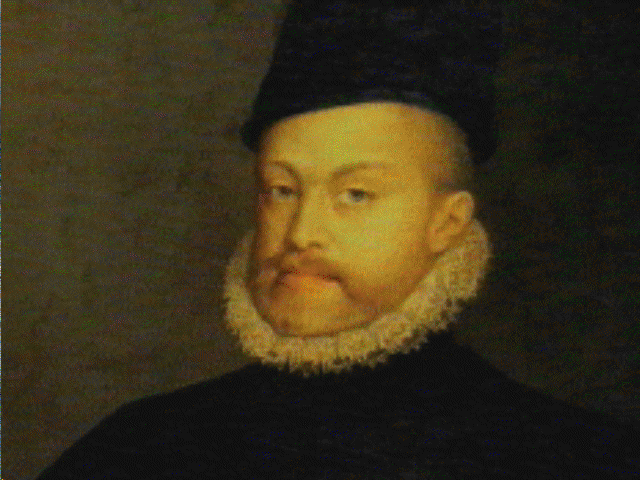 "I do not know if they think I am made of iron or stone. The truth is, they need to see that I am mortal like everyone else."

In 1580, Philip II is at the height of his power. The first monarch in history to rule over a united peninsula, he can now rightfully title himself king of Spain. In medieval times, the term "Spain" or "the Spains" had been applied loosely to the sum of states within the whole peninsula, including Portugal, Castile, Aragon, Navarre, and Granada. From now on, that loose concept is a political reality. The universal monarchy has indeed arrived, for Philip II rules over the most extensive empire the world has ever known. But Spain is not only the world's preeminent military power. Music, art, literature, theater, dress and manners are admired and imitated; they set a standard by which the rest of Europe measures its culture. However, some European nations are intent on stopping all that splendor: England is hungry for glory, France has quite a few outrages to settle, the Low Countries cry for liberty, Italy grows weary of interferences... No doubt these are serious problems, but the biggest concern for Philip II is the Turkish menace on the Mediterranean Sea. Europe is set for a series of conflicts that could change the face of the world for ever. Choose your side and fight for a place in history! 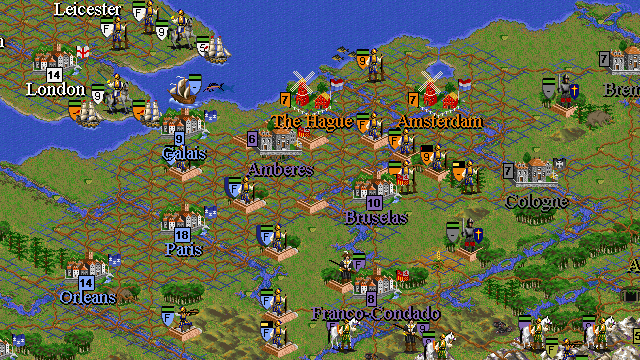 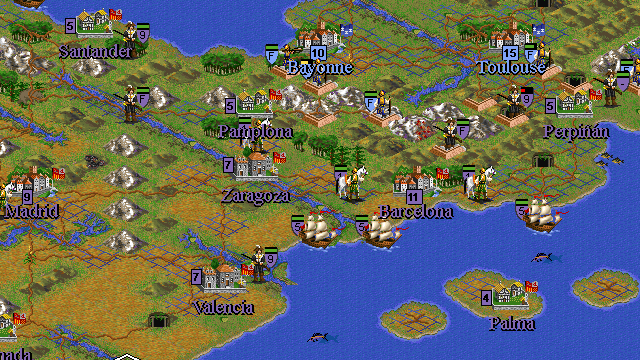