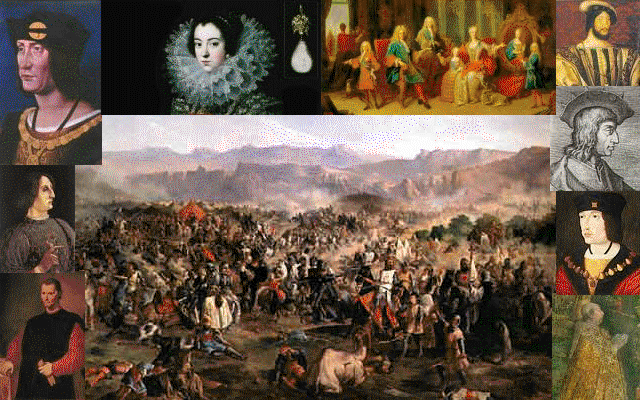 A scenario for Civilization II: Multiplayer Gold Edition by Exile.

The Sforza Duke of Milan, attempting to secure his place in Italian power politics, persuaded Charles VIII, King of France, to march into Italy, on to Naples, and claim the Angevin inheritance. Over the next 50 years, 3 French kings, Charles, Louis XII, and Francis I, would lead armies into Italy. In response, the regional powers of Italy, Venice, Milan, Florence, the Papacy, and Spanish Naples, would create a shifting balance of power through a series of short, violent wars. The French launched their campaign with history's first artillery train. During the next five decades, infantry would reclaim the battlefields of Europe. The Swiss mastered the pike phalanx and became the best mercenary troops of the era. Gonsalvo de Cordoba equipped his tercios with large contingents of arquebusiers, later reintroducing light cavalry and sword and buckler soldiers. The heathen Turks remained an ever-present threat in the east, and the Berber pirates still harried the sea lanes. The early 16th century battlefields would boom and roar as had no others. Smoke from the cannons and guns would now obscure battlefields. The length of Italy would see blood and death, war and strife, and new means and new ways to make war. 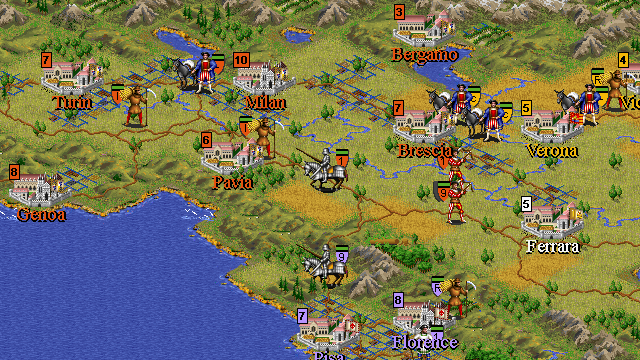 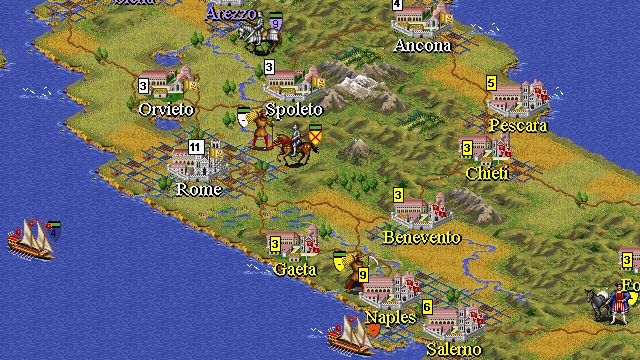