"On our right was the town of Panipat with its suburbs; in front of us were the carts and mantelets we had prepared; on our left and elsewhere were ditch and branch. At distances of an arrow's flight, sally-places had been left for 100 to 200 horsemen."

In 1517, an Afghan king named Babur appeared on the stage of India. Babur could proudly guide his family's origin back directly to the great Genghis Khan.

Babur was invited to join a campaign against the Sultan of Delhi, Ibrahim, in the Ganges valley. Babur joined, and shortly afterwards, he found himself in the middle of a campaign that would later make the lands of Delhi to his subject.

Babur (pronounced "Babar" by the way) had a great passion for nature, and wherever he went, he ordered the creation of Persian gardens. This, along with his knowledge of the Persian language, was the first sign of the Mughal's devotion to the developments in Persia.

Babur died too early, in 1530. He was unable to turn the lands he conquered into an empire. This task was left to his son, Humayun, who, in the first 5 years of his reign, could successfully defeat the Gujatat kingdom, but after two defeats in 1539 was dethroned by the Afghan usurper Sher-Shah, who could not stabilize his reign, and Humayun remained emperor (Persian: "Shah"). In 1545, Sher-Shah was dethroned.

Akbar (Arab for "Great", ironically often called "Akbar the Great"), who reigned from 1556 to 1605, is regarded as the greatest Mughal emperor. Akbar's successful campaigns brought nearly all Indian lands, with the exception of the far south, to his subject. Aside from that, Akbar was known for his splendid architectural masterpieces, as well as his religious policy. Akbar was religiously tolerant, and disregarded the rules of Islam, which ended in the fact that he built up his own religion, based on Zoroastrian ideas. This religion, however, never extended beyond his closest circles.

Akbar's successors were of little importance other than their cultural and architectural feats. Perhaps the most well-known of all Mughal builders, Shah Jahan, reigned from 1628 to 1658. He built the most well-known of all Indian structures, the Taj Mahal, in Agra as a tomb for his favorite wife, Mumtaz Mahal. Jahan was dethroned by his son, Aurangzeb, and kept in another famous buildings of his, the Red Fort(also in Agra).

A swift decline of the Mughal empire is noted after Aurangzeb's death. The political, cultural and architectural feats of the earlier monarchs were neither topped, nor were their dimensions repeated. The Mughals became less powerful, and their frontiers were slowly pushed back by local Hindu states, as well as the extending colonial empires of the Dutch, English and French. The Portuguese, who landed in India as early as 1497, were reduced to Goa and a couple of other colonies. 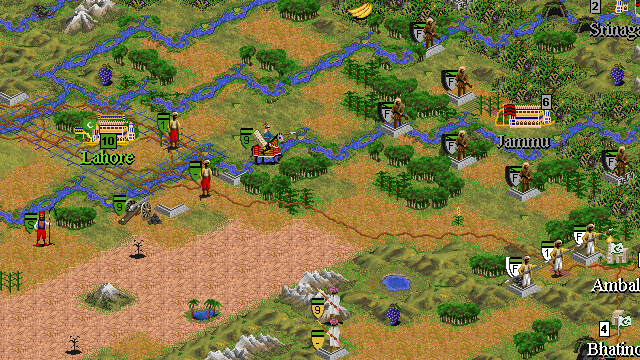 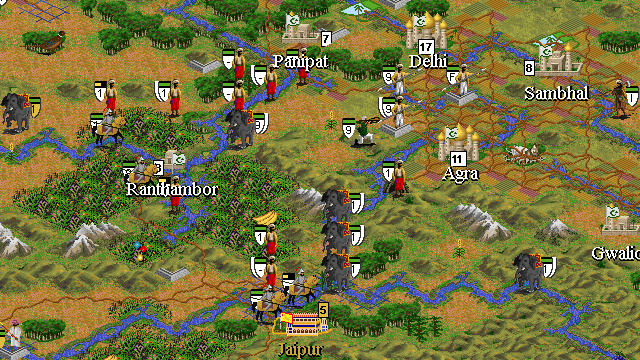