A scenario for Civilization II: Multiplayer Gold Edition by Pablostuka.

When the leading Generals of the Spanish Army led their troops into a revolt against the Republican Government on 18th July 1936, they expected little opposition to their coup d'etat. They were, however, mistaken. The supporters of the Government proved to be much stronger than expected and as a result Spain experienced three years of bloody Civil War.

It was a war of contradictions and political in-fighting. Both sides experienced problems in retaining the support of groups or political parties that were, more often than not, in violent opposition with one another. 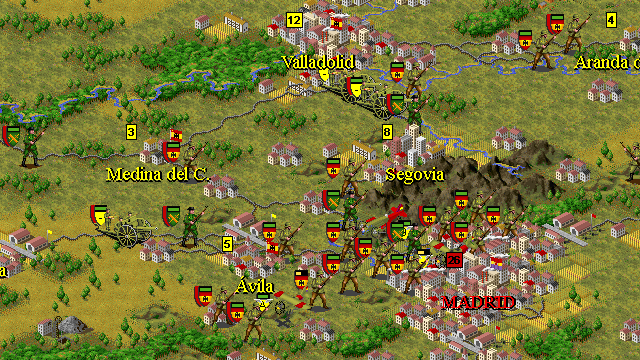 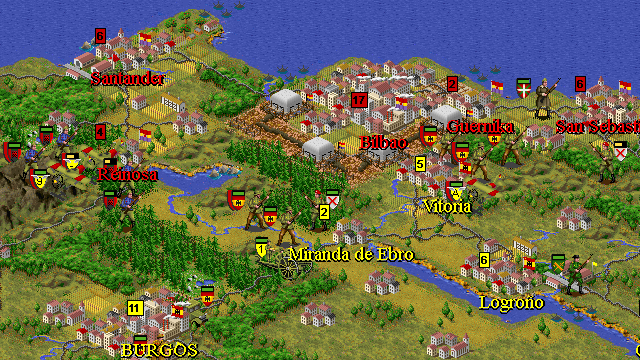