The Berlin Conference of 1884 set off a race among European powers to claim as much land as possible in Africa. This scenario recreates the Scramble for Africa. It begins in 1889 when Italy has set up new colonies in Somalia and looks to take over Abyssinia. Menelik II, the new Emperor of Abyssinia is having none of that and looks to expand his empire. Britain, France, Germany, Portugal, and the Ottoman Empire have their own agendas: Britain would like to regain Sudan from the Mahdists and expand in South Africa, France would like to extend its empire in West Africa, Germany and Portugal try to expand their claims in East Africa, and the Ottomans would like to restore their empire to its former glory. 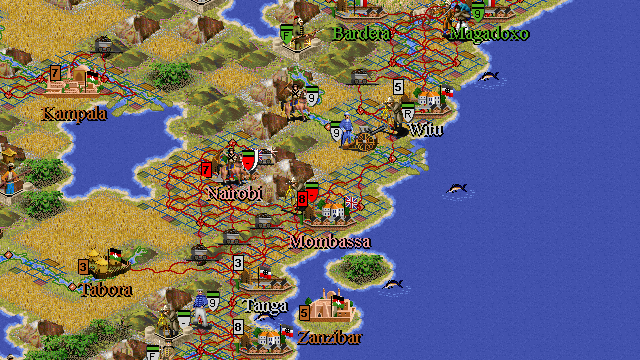 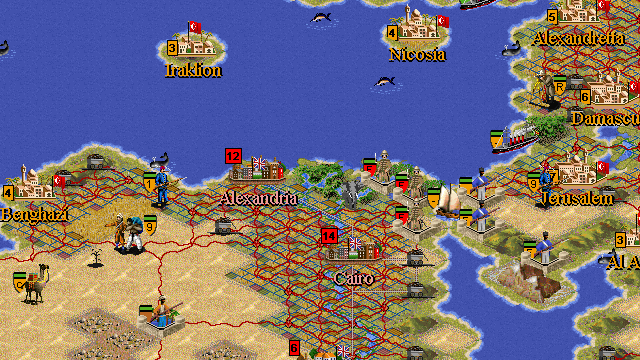