In 395 A.D. the Roman Empire divided itself in half. Bad Idea! As this scenario begins, the Barbarian hordes are ready to invade the Roman Empire. If you play the East Romans, for whom this scenario is designed, you must try to hold on until 527 when Justinian becomes Emperor. By then the barbarian invasions should have spent themselves, and you'll have an opportunity to reclaim the Western Empire just as Justinian did. Alternatively, you can go after the Persians to the East. 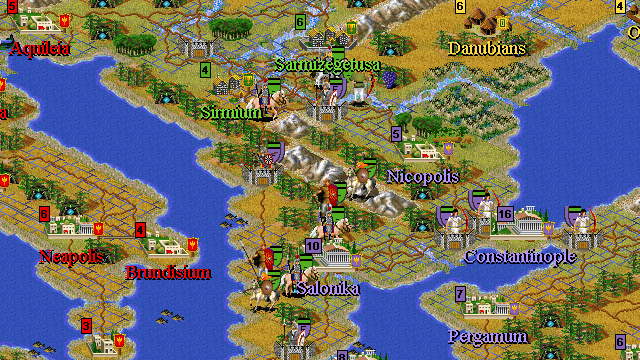 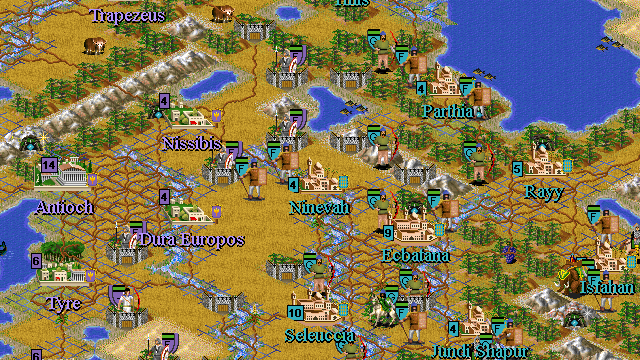