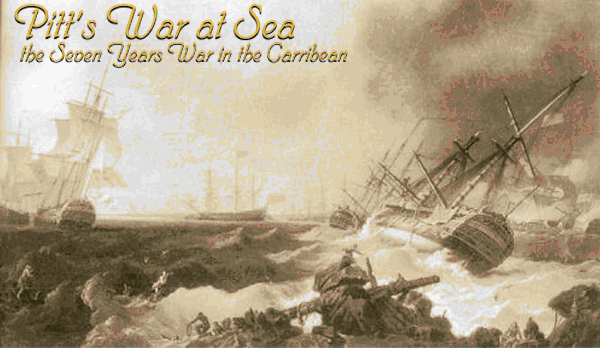 By 1759, the Age of Piracy was over, ended by the power of large national fleets. While the French and Indian War was being fought in North America England and France battled in the Caribbean Sea as well. The English first captured several French possessions in the West Indies. Then England declared war on Spain, capturing Havana. In this scenario, England and France start out at war. Everyone else is at peace.

This is a Civilization II scenario about the Seven Years War in the Caribbean. England fought France throughout the world, North America, Africa, India, and the Caribbean during the Seven Years War. This strategy was devised by William Pitt, the English Secretary of State, because he knew England was too weak to confront France directly in Europe. Instead he took advantage of England's naval power and confronted France where it was weak. In the Caribbean theatre, England grabbed most of France's West Indies possessions and later captured Havana from Spain. 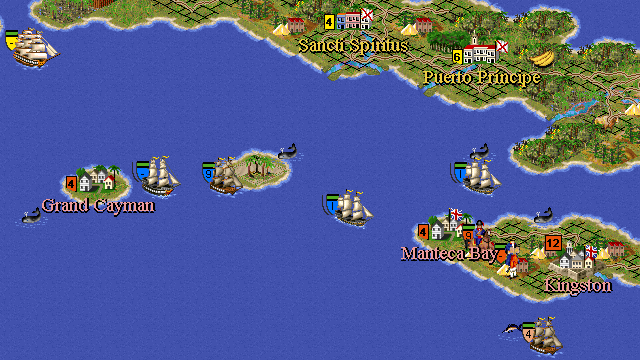 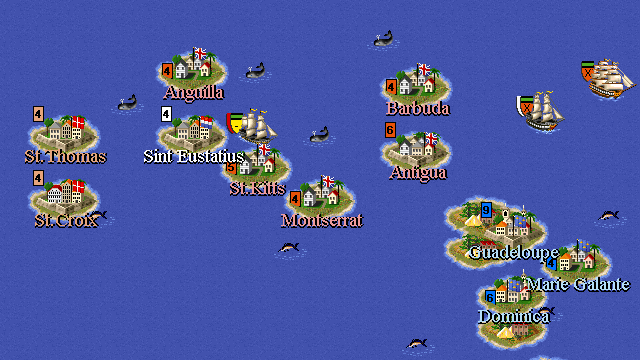