Quest for Asia - The Conquests of Alexander the Great v3.1 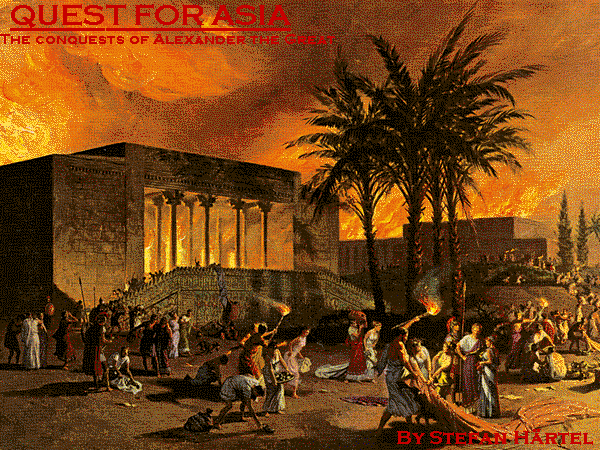 During the mid-4th century BC, Philipp II, king of Macedonia, began a series of wars which would eventually lead to the occupation of the entire Greek mainland. Having defeated the allied Athenian and Theban forces at Chaeronea in 338 BC, he presented himself as the rightful hegemon, the ruler of Greece, and mobilized forces to invade the vast Persian empire and occupy all Greek areas in their posession. Before he could start the war, he was murdered (337 BC) and his son, Alexander, needed two further years to stabilize his grip on the cities and countries formerly loyal to his father. Then, in 334 BC, he used the same methods as his father to get the Greeks into an invasion of Persia; in spring 334 BC finally the Macedonian and Greek armies set foot on the shore of Asia Minor. Having defeated the Persians at the Granicus river (334 BC), Issus (333 BC) and Gaugamela (331 BC) and successfully besieging resistant cities such as Halicarnassus and Tyre, Alexander enterred the Persian mainlands as both a conqueror and a ruler; he put himself into the tradition of the Great Kings of the Achaemenid dynasty, which had ruled Persia before. Alexander then heavily struggled to bring Central Asia under his control and open the way to the legendary land of India. Here, he defeated the king Porus, and brought most of the Indus Valley territory under his control. Although Alexander's aim was to go on further to the Ganges territory, his soldiers refused, and forced him to return to Babylon. Here, he died at the age of barely 33 (323 BC). 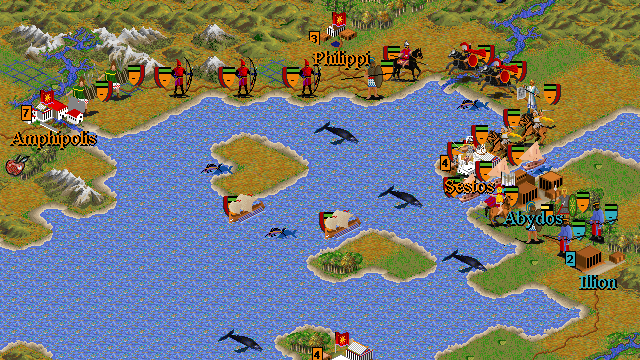 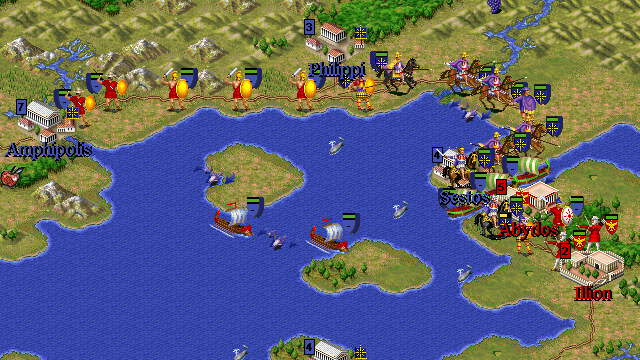 Optional graphics pack created by Fairline, included by the author in version 3.1.