A scenario for Civilization II: Fantastic Worlds by Alex Mor.

In the beginning of 1920 the bloody civil war in Russia was at its end. Remains of the White Guard troops under General Wrangel's command were locked in the Crimean peninsula. Lenin and the Red elite did not consider them a serious menace. At this moment Red Russia suddenly found herself involved in a heavy war with independent Poland. The capture of the border city of Vilno by Polish troops was the formal reason of the conflict. But with Trotsky's blessing the Bolsheviks decided to use this moment to spread revolution abroad on its bayonets. The main body of Red troops, including 30,000 members of the 1st Cavalry army moved West. Nobody in Red Moscow expected General Wrangel to use this moment to advance. The White Guard commander mobilized his forces, and an army of 33,800 men, 998 machine guns, 26 armored cars and 9 tanks surged out of the Crimea. With an iron fist of elite storm troopers, volunteers, and former Imperial Army officers, Wrangel attacked and totally defeated 60,000 troops of the Southern Red Army on the Perekop defense line.

Wrangel's main objective was to join his front with Polish allies. Red Moscow was in panic - reinforcements prepared for Polish Front were turned to South. Army of Vrangel attracted from West Front 14 reds infantry and 7th reds cavalry divisions. This last White Guard offence gave a chance for polish marshal Pilsydski stop and defeat red forces that had reached the suburbs of Warsaw.

The White Guard's bravery was useless before the huge Red Army reserves of 1920 - about 3,500,000 bayonets. In his last attack Wrangel lost his elite veteran troops and ultimately the war. But You have a chance to change Russian History. 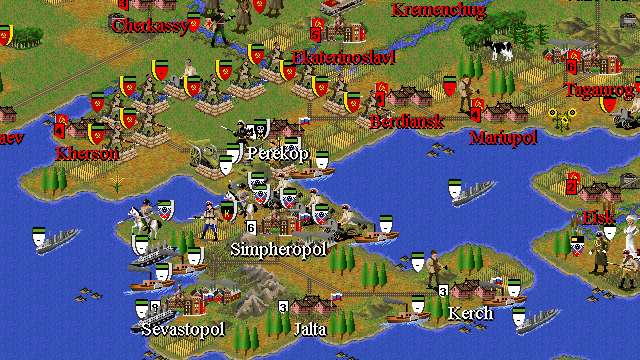 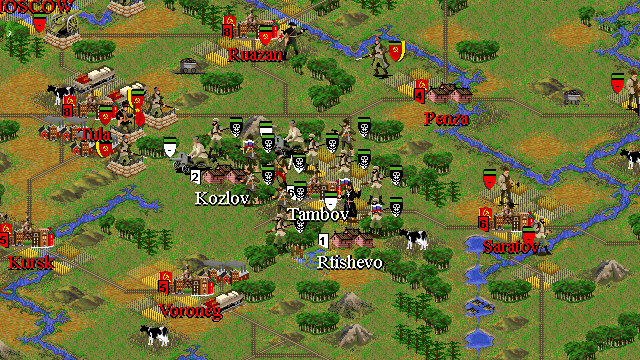