Struggle for Empire - The French and Indian War v3 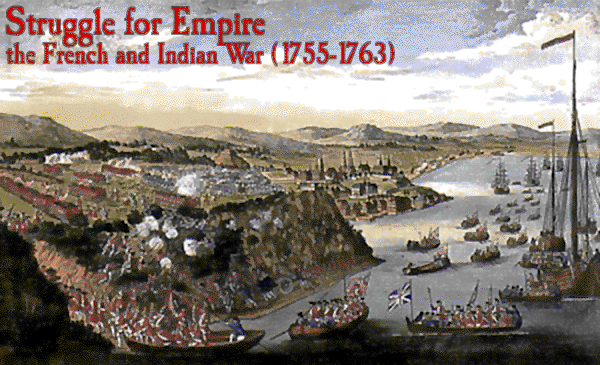 "After all, Sire, what have we lost, a few acres of snow?"

- Voltaire to Louis XV hearing the news that Canada was no longer French.

An undeclared war is in progress between France and England for control of North America. Just 6 months ago, the French defeated an English force lead by Colonel George Washington near Ft. Duquesne. The Frenchmen have alliances with the Algonkians, Mission Indians, and Spaniards. The Cherokees and Six Nations are neutral for now.

This is a Civilization II scenario about the Seven Years War in North America and part of the Caribbean. There are two playable tribes in this scenario: Englishmen, Frenchmen. 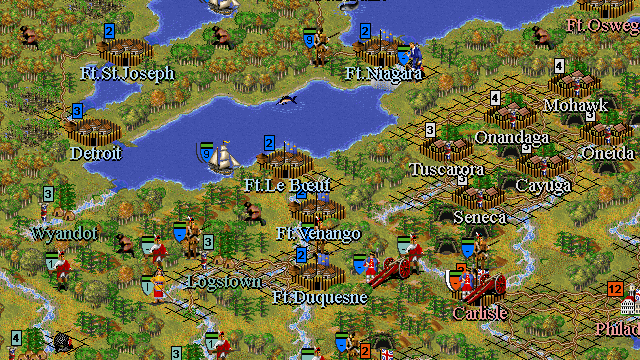 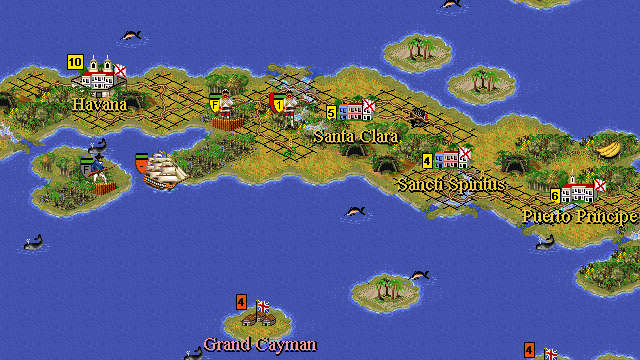