The Battle of Algiers v2 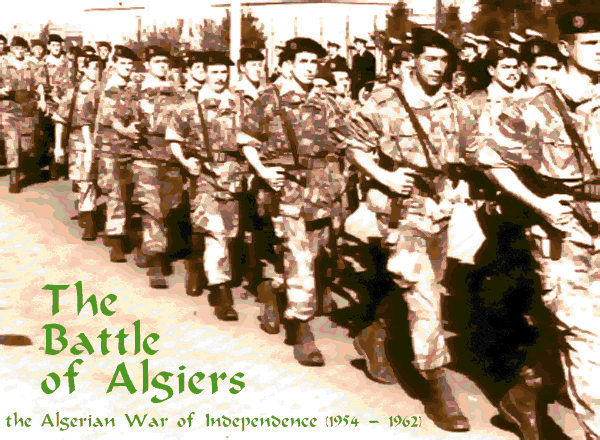 The Algerian War of Independence was a long guerilla war that the French won militarily, but lost politically. Algerian Nationalists had sought complete independence since the end of World War II, but in November of 1954, they launched a series of attacks to seize arms from the French and begin the struggle for independence. They were successful enough to gain international recognition of their cause and some military assistance from Morocco, Tunisia, and Egypt.

At first the National Liberation Front (FLN) controlled large areas of the countryside. As the French began to regain control militarily, the FLN countered with a campaign of urban terrorism. The French answer to urban terror was checkpoints and relocation camps which only served to polarize the situation. To round up guerillas in the countryside, the French employed airborne tactics. Air patrols would find the guerillas and paratroopers would be send in to destroy the guerillas.

Despite French military success, the war dragged on and on. In 1958, the French government collapsed and Charles De Gaulle came out of retirement to head the government. De Gaulle knew that in the long run Algeria could not remain part of France. He hoped that military success would strengthen his hand in the political negotiations that would determine the status of Algeria. His goal was to grant Algerian independence which retained French influence. Although the French achieved military success, in the end any chance of compromise with the FLN was undermined by the Europeans (Colons) living in Algeria. They engaged in terrorist acts against French interests both in France and Algeria as well as terrorist acts against Muslims in Algeria.

Finally in July 1962, Algeria was granted independence. The French public had become war weary and world opinion had turned against the heavy handed tactics of the French. In the end, the FLN outlasted the French.

As the scenario begins, the Algerian FLN (National Liberation Front) is ready to launch a series of attacks against the French. The purpose of these attacks is to seize arms and declare Algerian Independence. The FLN is divided into 6 factions (Wilayas) who are as likely to fight among themselves as they are to fight the French. 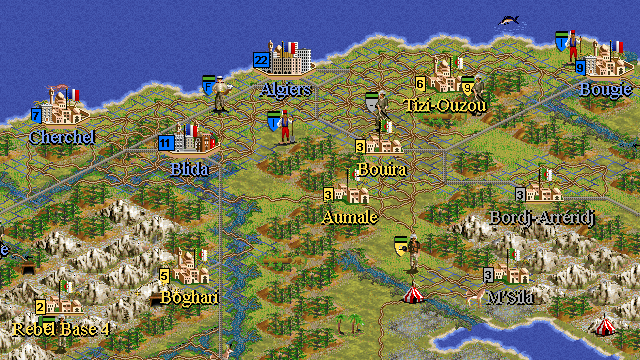 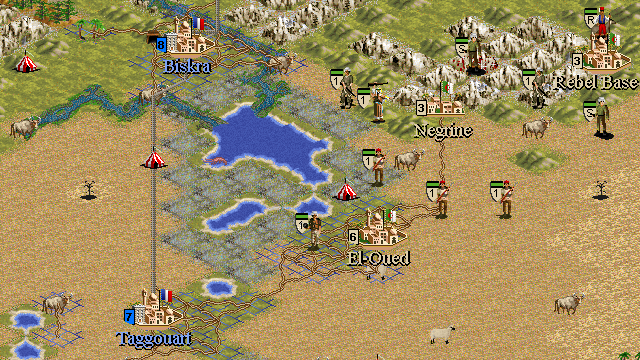