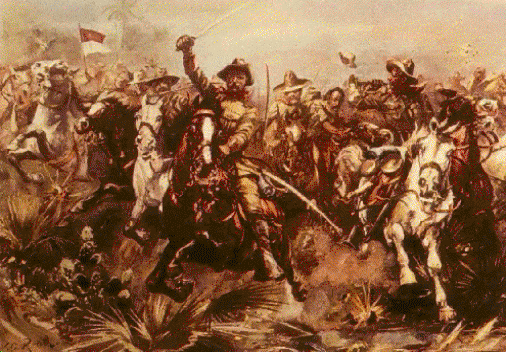 A scenario for Civilization II: Fantastic Worlds by Andrew Hoekzema.

In 1895, the second Cuban revolution began, lead by a Cuban named José Martí. Having rallied support in New York, his rebellion became quite powerful. It was largely in the eastern Oriente province, but quickly spread as José Martí's troops began a quite successful guerrilla campaign. Three years later, the US began a very short war with Spain, which resulted in America's territorial acquisition of Puerto Rico, Guam, and the Philippines.

As Spain, can you maintain your remaining colonies as both the "ever faithful isle" and the Philippines rebel and keep off the Americans too (with a little help from the Germans)? As the Cuban Patriots, can you take back la isla de Cuba from the Spanish with American help, but maintain an independent nation in the face of America's rising imperialist policies? 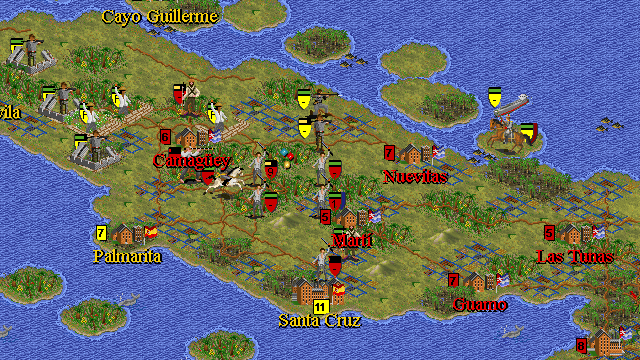 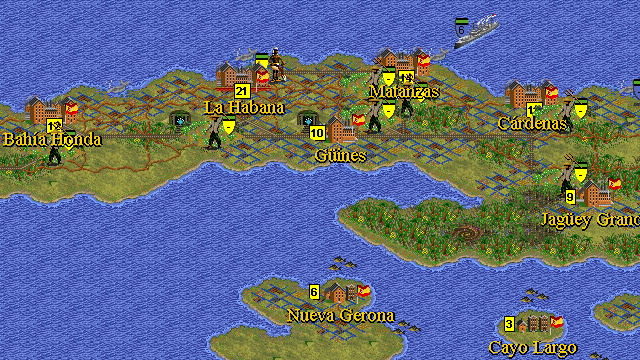