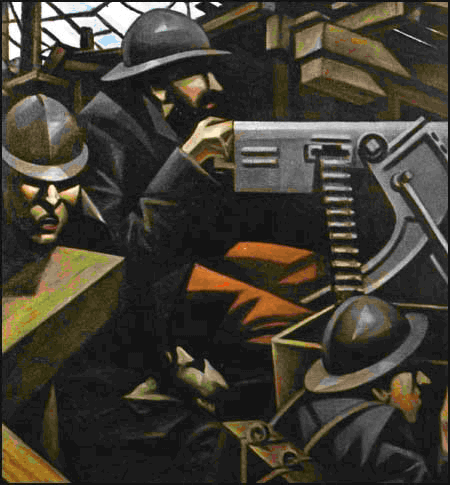 "The Western Front" is a simulation of World War I in Belgium and Northwestern France 1914-1918. The scenario starts in September 1914 with the failure of the Schleiffen plan, the German plan to knock France out of the war early by marching through Belgium and trapping the French army advancing into Elsass-Lothringen. The allies moved quickly and checked the Germans in the Battle of the Marne, east of Paris.

The Battle of the Marne was followed by the "Race to the Sea" - both sides tried to outflank each other before reaching the North Sea. It escalated into a German breakthrough attempt in the Flanders. They were again checked, but half the British Expeditionary Force was lost.

After this, the war turned into a positional war of trenches and strongpoints. Advanced defensive weaponry like the machine gun was an effective lock against infantry offensives. The front hardly moved for more than three years - the two largest offensives, Verdun and Somme, only resulted in a few kilometers deep salients at the cost of two million men dead. The largest front movement was when the Germans retreated to the Siegfried line in 1917 to make the front shorter and allow a denser defense.

In 1918, after having signed peace with Russia, the Germans finally achieved a breakthrough with new infantry tactics. The victory was purely tactical - soon the front collapsed because of allied numerical superiority (The US had declared war on Germany a year before) and their use of tanks. The Germans where pushed out of France into Belgium. They no longer had a chance to win the war, since they were out of resources and had lost all of its allies due to Allied offensives in the Balkans. Armistice was signed on November 11. 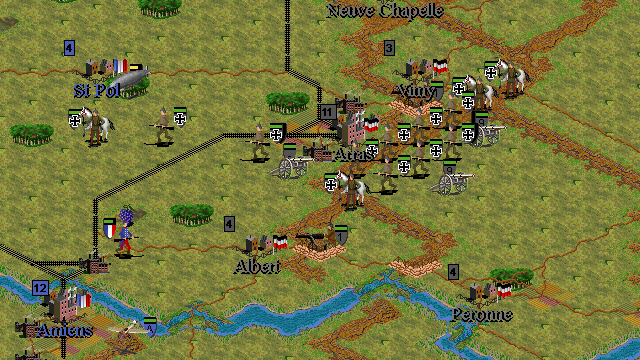 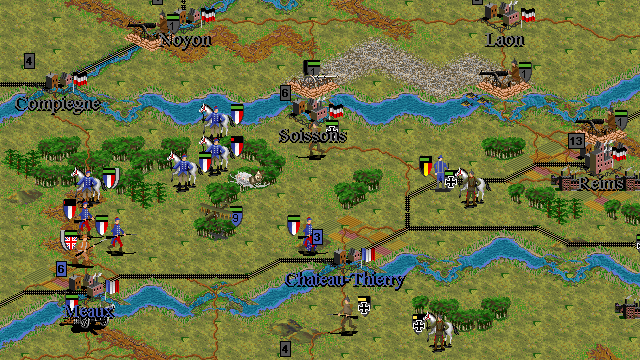