It is the 5th century, the barbarians are pouring over the borders of the once mighty Roman Empire.

In the west the Visigoths are building a kingdom in Hispania. From the North the fearless Franks push back the Romans from the towns close to the Rhine. South of the Mediterranean the Vandals have created a pirate nation that makes trading difficult. In Pannonia the Ostrogoths are threatening both empires at the same time. The Sasanids have a vast and mighty empire in the east.

The Romans are divided in two parts, the rich and strong Byzantines and the crumbling Western Empire.

Will you save the empire against the raging hordes or will you be the founder of a successful barbarian kingdom? 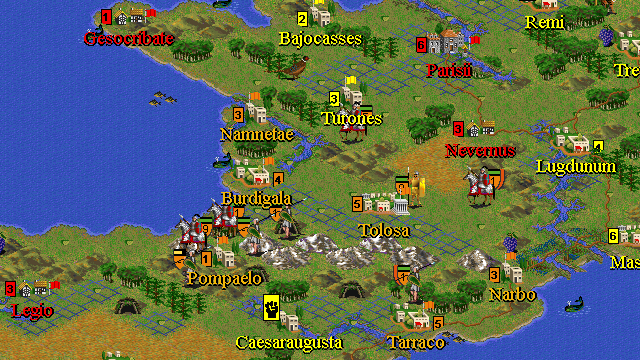 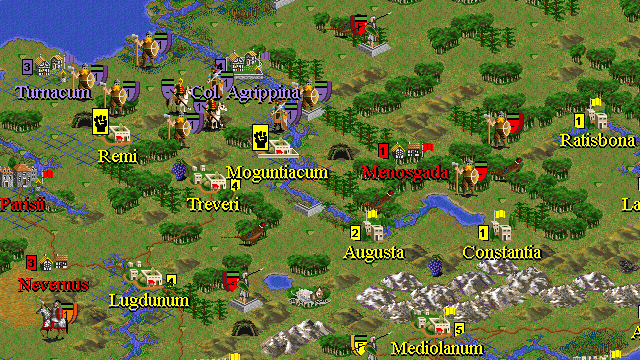